WHERE DO YOUR GOOD IDEAS FLOW? 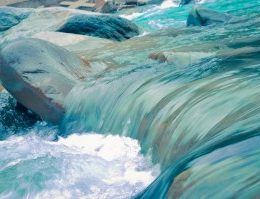 I once coached a senior executive who, by anyone’s standards, could be considered one of the world’s most productive people. He’s known in lofty global corporate circles as a guy who “gets things done”—in particular, resolving volatile situations and closing complex, challenging, and highly rewarding deals.

On meeting him in his office, my first impression was that we might not have much to do in the way of workflow improvement. There was virtually no evidence of “stuff” around anywhere. Emails were less than a handful, voice mail was emptied daily, and no loose papers cluttered the desk. A meticulous note-taker, he maintained a rigorous journal of key thoughts and conversations, which was totally up to date, with no unprocessed notes lurking in previous pages. He was a model of “executive Teflon”—nothing was hung up around him. He made quick decisions and dispatched initiatives, projects, and tasks for implementation, with the leanest of support staff.  Here was a master at professional self-management.

His presenting issue was not unique among high performers, except in its intensity. How, amidst a nonstop stream of mission-critical affairs he must attend to, 24/7, could he be sure that his focus was always on the right things, in the right way, at the right time? And have a life, to boot. He wanted my perspectives, but not because he was unproductive. Stretched to the max, he wanted to know if he was truly doing the best he could, and he wanted someone else’s informed eyes on his process.

I was curious to find out what would happen as we worked together (the value that occurs in our process is always unique to the person). I knew almost from the beginning that he would find our methods of virtual action reminder lists more efficient than his linear chronological tracking and bringing forward in daily hand-rewritten to-do lists. And I figured that a thorough review of his professional areas of responsibility and strategic plans against his Projects list would be healthy (for whom wouldn’t it?). But would that be worth the relatively big chunk of his extremely valuable time he was investing with me?

Suffice it to say that after three hours of capturing his still uncollected open loops, a day of organizing projects and actions into lists in a loose leaf binder we created, and some hard-nosed self-reflection at the higher horizons of his personal commitments and interests, he was delighted with the results. On following up with him some weeks later, I found his comments and feedback instructive and inspiring.

He said his efficiency has improved because his flow of ideas gets channeled much more directly into the appropriate parking places, almost as soon as he has them. There’s much less need to look back or rethink things. His peace of mind has also increased, knowing that absolutely everything has been captured along the way. (He thought he was good before, but now he has a new reference point.) He was most struck with the correlation between the clarity of mind this new system affords him, and two phenomenally valuable Big Ideas he’s had since after its implementation, which allowed him to solve a major dilemma and graduate significantly in his executive functioning. Our bottom-up approach to capturing and defining his work had actually facilitated a real advance in his own high-level strategic thinking, though we didn’t do any “high-level strategic thinking” as such. His biggest concern was the challenge to stick with the 100-percent capture behavior, primarily because the process of getting things out of his head and reviewing all his work from this more objective perspective kept catalyzing even more voluminous streams of valuable thinking!

Why share these details about this “poster child” for installing the Getting Things Done® best practices? I’ve written before about various aspects of the paradox we encounter all the time—those who take to our work the most are the ones who need it the least. But there was something special about this particular instance of that principle. I don’t think I’ve ever seen so many of the key aspects of our workflow best practices understood, tested, implemented, and put onto cruise control so rapidly, with a corresponding validation of the results in marked increases in stress-free productivity.

And, so many people who don’t feel they are quite “there” yet are looking for the next cool piece of gear, the next complex key and formula, the next life-hacking kind of technique that they haven’t tried yet to keep them on track—“If it’s new and looks hard, it’s probably what I haven’t done yet and what I need to do.” I’d probably have a more successful business model myself if I kept coming up with some “new version” of GTD. But that’s not the answer to stress-free productivity. As proven by my elegant client, the power is in the basics, completely and consistently applied. He demonstrated, indeed, the magic in the mundane, the sophistication in the simplicity, and the profundity in the practical.

I have to admit I have weird moments when I question my own stuff. Is it just too simple? Is it really necessary? Do people avoid implementing these behaviors as much as they do because there really is some better way to get things done? Then I get a chance at auspicious moments to taste it fresh again through the lens of the best and brightest, in the crucible of knowledge work at it most intense. I am (again) assured how well it works, how simple it remains, and humbled (again) by those high performing individuals I meet who jump in and really get Getting Things Done done.

If you don’t think you need any more GTD, maybe you need to think if you need to be playing a bigger or better game. 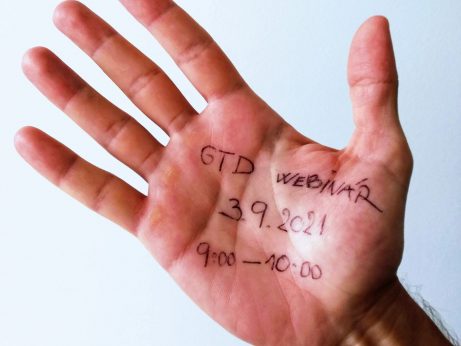 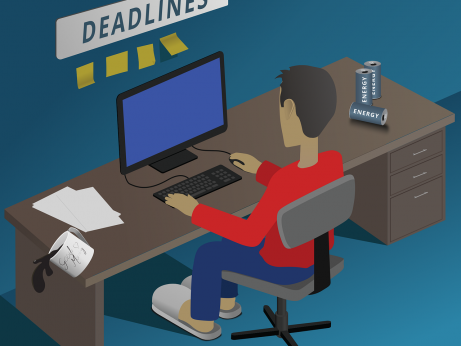 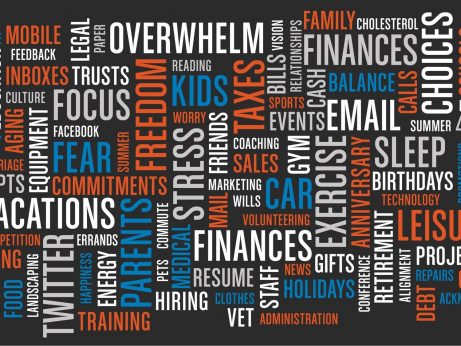